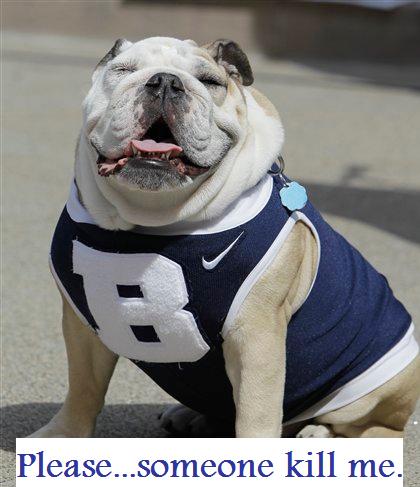 The word is that Semaj Christon will play against Butler tomorrow at 4:00. Expect Dee Davis to mostly be running the point with Christon playing at SG and occasionally spelling Davis at PG. We can expect solid minutes out of Redford after his hot shooting night Friday IF he can stay with one of the Butler guards on the defensive side. As for the forwards, no doubt all five guys (Stenger, Martin, Taylor, Robinson, Farr) will earn time and be asked to hit the boards hard again.
Butler has a solid team this year with 2 deadly shooters on the perimeter, Rotnei Clark, who transferred in from Arkansas, and freshman Kellen Dunham. Dunham is playing off the bench but will get starter-like minutes. Guarding these two will likely be the Muskies biggest challenge defensively. Dunham is 6'6" and Clark is 6'0" so logic would say Davis starts on Clark and Christon on Dunham.
Butler manhandled Elon on the boards in their opener just as Xavier did to FDU. We know that Butler's post players far exceed those at FDU's so life in the paint won't be the same as it was in the opener. Depth will be another concern. The Muskies will more than likely be using an 8 man rotation. Butler meanwhile, played 10 different guys at least 8 minutes a piece in their opener. Clark got 2 fouls early in their opener and ended up scoring 18 pts in 29 minutes and Butler still pulled out a 15 point win. While Butler may be able to withstand some foul trouble, the Muskies can't afford it with their short bench.
It will be a tall order but anything's possible, right? The good news is Cintas Center has working clocks and a strict "no drooling on the floor" policy. Go Muskies!!!