For the love of Jimmy Carter, we have to win this game! 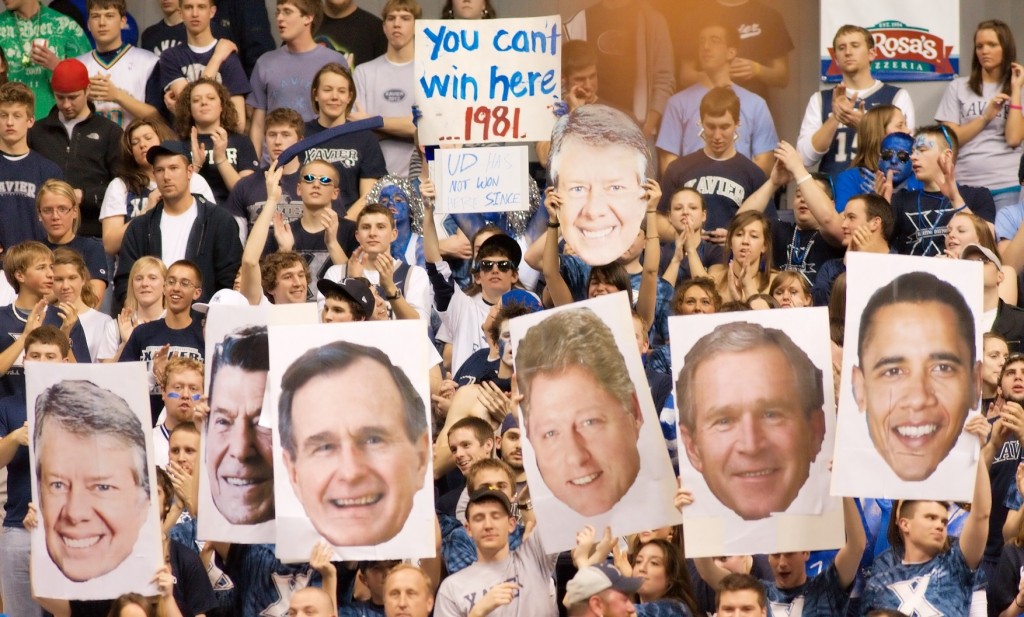 It's been over 30 years since Dayton has beaten Xavier in Cincinnati.  I'll be honest, I'm nervous this year.  We've had some glimpses of greatness, but we've had many stretches where we have not looked close to good.  Who's going to step up and score some points to take the pressure off of Tu and Lyons?  How will we defend the screens and ball movement that allowed UD many 3-pointers last time?  We'll find out soon.

Dayton fell apart after beating us a month ago.  After losing 4 straight though, they've now won their last 2.  Other than a nice win at Temple (note - Temple's big man was not back yet), they have not fared well on the road this year, going 2-5 thus far.

We have to play a solid 40 minutes and get back to playing the outstanding defense that we were playing earlier in the season.  Cintas is going to be loud Saturday night, the game sold out months ago.  I can't wait for this one!