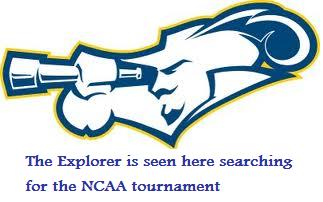 The Muskies are going for their 4th win in a row when LaSalle comes to Cintas on Saturday. LaSalle has not had a great basketball season in quite a while but this year they are legit. The Explorers are 12-4 but just 4-3 on the road. Ramon Galloway is a big-time scoring threat and a familiar faces in the A10. The Senior is averaging 17 pts/gm and shooting 43% from 3. Galloway might be the best player in the A10; he's definitely one of the most dangerous. Let's see if walk-on Landen Amos can slow him down as well as he did against Temple's Khaliff Wyatt.

No word on whether Dee Davis will definitely play or not. I think he will get some time on the court but I'd expect Redford and Semaj to still get the bulk of the minutes at the guard positions. The Explorers are getting out-rebounded so hopefully the Muskies can handle them on the boards.