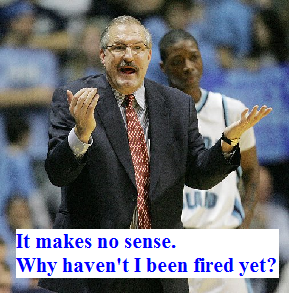 Rhode Island looks like a gimme game at first glance. The Rams are 5-19 overall. They started out 0-6 in the A10, but have won 2 out of their last 3 (the loss being to red hot Temple) and they have a couple nice wins. Their recent improvements were no doubt correlated with 2 mid-season transfers added to the team.

Andre Malone, who transferred in from Auburn, has scored in double-digits in 5 of the last 6 games. Jimmy Baron (yes, another son of RI coach Jim Baron) transferred in from Virginia, and has scored 25 pts twice, in wins at Boston College and at Dayton. (Fun sidebar, the Flyers were a 12.5 pt favorite at home for that game and lost by 4.  Stupid Dayton. As usual, they played XU like it was their Super Bowl and forgot about the rest of the games, losing 4 in a row since. They are making our loss to them look worse and worse...)

Orion Outerbridge is also capable of lighting it up; he scored 29 points in a win against UMass.  So offense is certainly RI's strength. They have 6 guys averaging between 9 and 13 points per game. They also out-rebound their opponents by 7.5 rebounds per game. Their biggest weakness is an extremely glaring one...they give up 75.5 pts per game, 326th in the nation! And they allow a FG% of nearly 49%, 335th in the nation! (By the way, there are 344 Division I schools.)

On paper, we should win this game, but you can't take anything for granted. Every game counts. Let's play a full 40 minutes of basketball tonight and head home with a win.