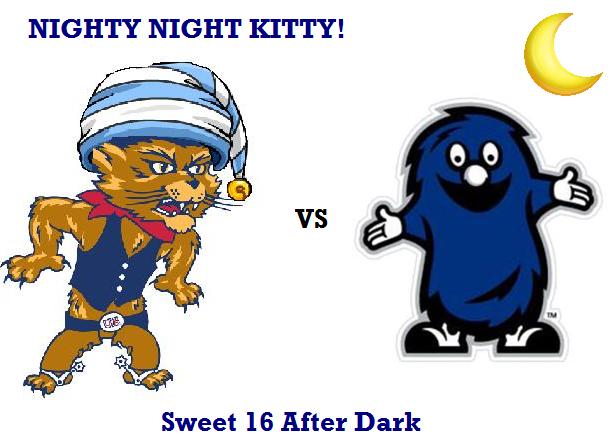 In an effort to get more viewers from noctural creatures, the NCAA last game of the night Thursday will start sometime around 10:30PM, maybe later depending on how late the Wisconsin/UNC game goes.

But that's a great complaint to have as it means our Muskies are in the Sweet 16 once again! Only Michigan State (7) and Louisville (6) have made more Sweet 16's in the last 8 years than Xavier has (5).  Xavier heads to LA to play huge favorite (11 point spread) Arizona and former Xavier coach, Sean Miller.

Miller of course left Xavier 6 years ago and Chris Mack took over. Both programs have a lot to be proud of since.

It's going to take an amazing effort by the Muskies on the boards on both ends of the court, smart play and limited turnovers, a great defensive effort against a team full of guys who are NBA-bound, and some hot shooting from the Muskies....that's a lot that needs to go right! Arizona is VERY good and we have our work cut out for us. But March is the best month of the year for Musketeers. Anything can happen. LET'S GO MUSKIES!!!