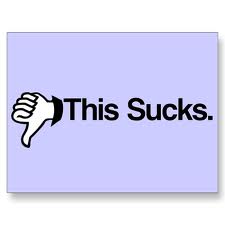 Saturday's loss at home to VCU is one of the roughest to endure that I can remember. A win meant that the Muskies would have knocked off a top 25 team and jumped up to 2nd place in the A10 with just 3 conference games remaining.

That seemed like it would've been reality on Saturday, with X up 17 with 18 minutes to go in the game. Then in a matter of minutes, VCU went on a 10-0 run and Dee Davis was knocked out of the game. Everything turned horribly when Dee was helped off the floor. Redford nailed some huge 3s which gave us hope but VCU's full-court pressure defense (with lots of contact on Xavier ballhandlers I might add) was too much for X without their point guard available. A VERY questionable charge call on Semaj in the final minutes sunk us for good. From my angle, it appeared that the VCU big man moved right into Christon's path as he went up and scored. Bad breaks are the theme for Xavier this year though. I should have expected that.

With the log-jam of teams at the top of the A10, the loss is a huge blow to Xavier's hopes of earning a bye in the conference tourney. I'd say it also makes it a certainty that the Muskies can not make the NCAAs this year without winning the A10 tourney. Very depressing.

Next up - Memphis at home on Tuesday night, status of Dee Davis still up in the air. Go Muskies!