Xavier goes for 3-0 homestand vs Robert Morris on Saturday 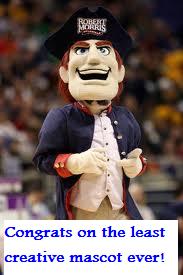 The Muskies face Robert Morris tomorrow, a team who was blown out by Rider and Lehigh before beating Fordham by 16 to start the season 1-2. RoMo is a team that last year more or less lived and died with their top scorer, senior guard Velton Jones. That's good news for Xavier, at least it would seem, as Dee Davis shut down Butler's big-time scorer on Tuesday. Expect the Muskies to be playing tight man-to-man defense again to go for 3-0 in the season-opening homestand. It will also be exciting to see a healthier Semaj Christon, who had 8 assists in his Xavier freshman debut (a new school record).