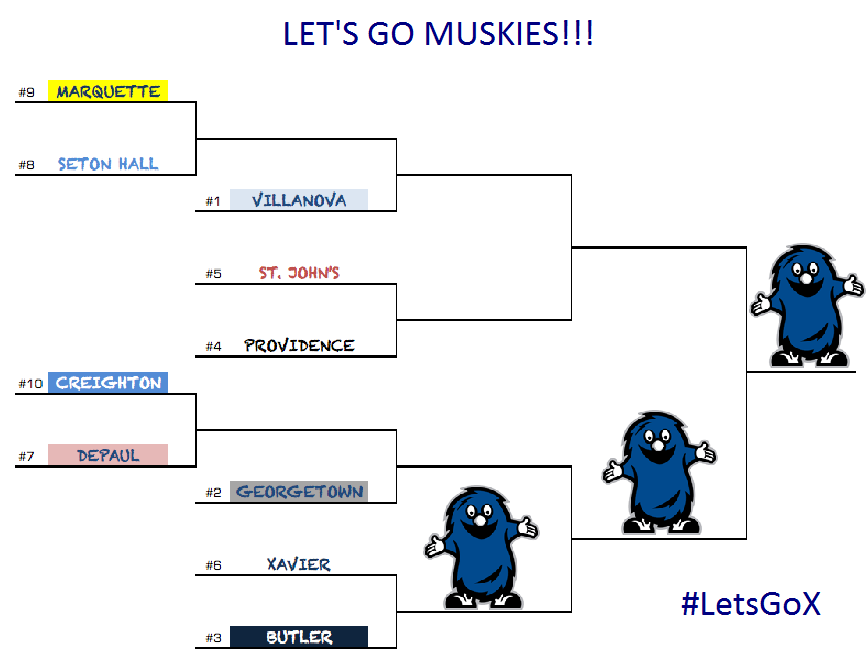 The stage is set and the Muskies meet Butler late Thursday night at Madison Square Garden.

Xavier played awful at Butler in January, losing by 12. Then X blew out Butler at Cintas in February. They were up by more than 30 for a while and after clearing the bench, ending up winning by 17. That game at XU did not involve Butler's Andrew Chrabascz, who scored at will in the first matchup. He's back from injury so the Muskies will have to slow him down this time around.

It's March so anything can happen! Let's Go Muskies!!!