Xavier vs NC State in Dayton - NCAA Round 1 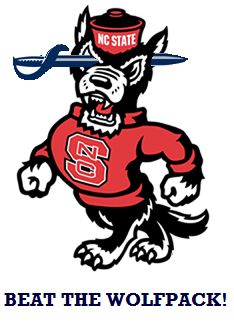 March Madness is finally upon us! Many are saying Xavier got screwed over having to play in a Round 1 play-in game but hey, you gotta play with the cards you're dealt. So, let's go up to UDump Arena and take out some frustration on NC State.

NC State is led by TJ Warren, a super scorer who was just named the ACC player of the year. Warren played AAU ball with Semaj Christon and Jalen Reynolds so they know how talented he is. NC State is a young team that is not great defensively but they've been able to slug it out head to head with the top teams in the ACC of late.

Vegas has us as a 1 or 2 point favorite. Stainbrook did practice yesterday; while he's certainly not 100%, let's hope he's close! Semaj, it's your time to take over!